December 15, 2018 / Michael Hartford / Comments Off on Holiday Horror Movies: Into the Dark: Pooka!

An actor gets a gig as a live version of this year’s viral Christmas toy, a stuffed critter named “Pooka” that will repeat back what you’ve said to it, in a “naughty” or “nice” voice. He gets a bit too caught up in the role, though, and when the toys are recalled because they’re creepily malfunctioning, things go a bit off the rails …

This was an enjoyable enough story, with some nice tense moments and a bit of gore, but it in the end it’s revealed to be a take on “12 Days of Christine,” the “Inside No. 9” episode, and isn’t quite as effective: it can’t be as poignant, and doesn’t even manage to be as scary (the Halloween scene in “12 Days” put me on edge …), but it’s still pretty solid as a sort of “Black Mirror” take on fame, ambition, and fads. 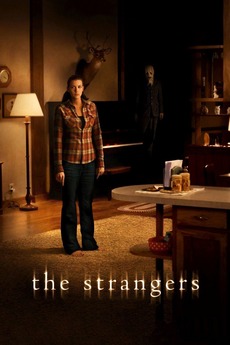 Things don’t go as planned for James when he pops the question to Kristen at their friends’ wedding, but things go far beyond just awkward at James’ dad’s isolated cabin when a trio of psychopaths intrude upon the discomfort.

All in all, I found this a mostly enjoyable home invasion horror; and I’m counting as a holiday horror only because I think my own in-law holidays would be greatly improved by some home invasion terror … The nihilism behind the assault — the trio assaulted the victims because “you were home” — makes it that much more terrifying.

Really, the only thing scarier than the invasion itself is behind discovered by a pair of teen-age evangelists; please let my corpse disicate for a few weeks before the Witnesses or Mormons call it in … 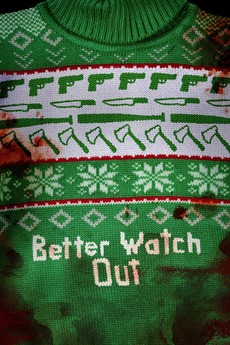 Luke has a crush on his babysitter, Ashley, and when their home is invaded by a masked man with a gun while Luke’s parents are at a Christmas party, things get progressively bad …

This is a home invasion horror with a twist. The enjoyment really depends on that twist, and I certainly don’t want to spoil it for people who are coming to this without having run into buzz about the twist, so I won’t say much more than that. I came in without having heard any buzz about it, and I was fully expecting a typical babysitter-saves-the-kids story that would get a “meh” rating; it’s a heck of a lot better than I expected.

Watch it, but don’t tell anyone about it! 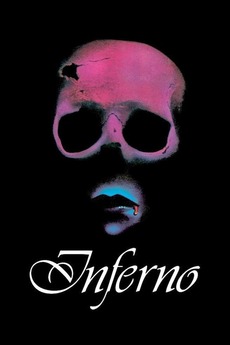 A man travels from Rome to New York to investigate his sister’s apartment building, which she is convinced is related to a mysterious book, “The Three Mothers.” No mysteries are solved, but lots of weird shit happens.

This isn’t a holiday movie; it’s a followup to “Susperia,” a favorite of mine, and I decided it would be a better watch tonight than a creepy Santa Claus movie. And it was, even though it’s weirder than “Susperia” (which ranks in the top 10 of weird movies I’ve seen).

There’s not much of a plot, at least not one that makes any sense, and there are bizarre events that can only be described as dream-like. It’s more of a visual poem than a film, with echoing imagery of water, wind, fire, slamming doors, cats, and blood, interspersed with brutal murders and suspenseful chases. I’m sure there’s an underlying reason to everything that happens, but I found it was more fun to just accept it, as one might a strange dream, and go along for the ride. You’re in good, if not safe, hands with Dario Argento. 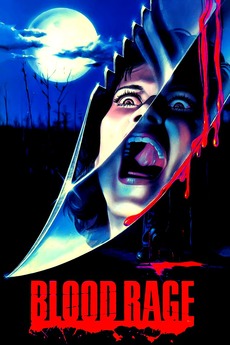 This movie is a total gas; there’s absolutely nothing to it except gore and skin and bad ’80s fashion (which is not intentionally bad, of course, just perfectly documented). The acting is abysmal, the effects are awesomely over the top (my favorite is the cut-in-half-psychiatrist), and the blood splatter is plentiful. Terry’s bloody romp through his mother’s apartment complex could be the structure for an anthropological study of late-’80s American suburbia, complete with Atari games, Izod shirts, tequila lessons, and Creme de Banana liqueur. 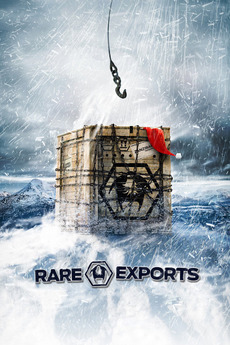 An American corporation digging in a Finnish mountain unearth the grave of the real Santa Claus. He’s not quite as jolly as the stories have made out, and a group of intrepid local reindeer hunters have to battle his “little helpers” to save their children.

This is more of a fantasy–albeit a dark fantasy–than a horror, but it’s a thoroughly enjoyable romp. The Santa myth (with a Santa who resembles an overgrown Krampus) is horrifying, and the interpretation of Santa’s “little helpers” as naked, bloodthirsty brutes gives a dark edge to the suburban shopping mall versions. The reindeer hunters are equally hapless and charming, and the lead child’s growth from a timid little boy to a bold hero is nice. It was a delightfully dark Christmas tale, and definitely better than most. 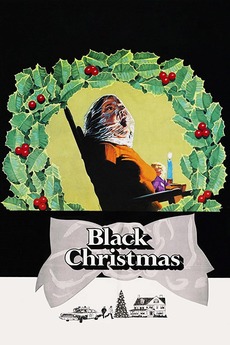 Sorority sisters are stalked and killed in their house while preparing for Christmas. The cops–some bumbling, some resourceful, some dead–don’t seem to help a great deal. And the call is definitely coming from upstairs …

This early slasher is a pretty great ride–suspenseful and funny in equal parts, with likeable characters and good pacing. The creepy boyfriend as red herring gives this movie a giallo feel (as does the perfectly-captured ’70s vibe of the clothes and decor). It’s not particularly bloody, especially by giallo standards, but it has its moments of gore.

Also, it has Margot Kidder. Who is fabulously foul-mouthed and mean.

It’s also Bob Clark’s other Christmas movie; and I kind of like this one better. 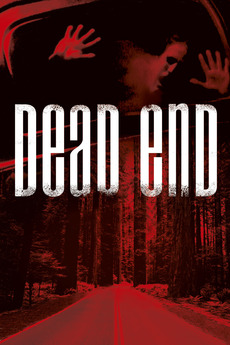 A family on their way to Christmas Eve dinner take a short cut through the woods; things go terribly wrong.

This was a fun one; it has lots of great family bickering and screaming and swearing, but with a backdrop of mayhem and mutilation unlike the all-too-normal drama–ideal for Thanksgiving, I think. The characters start off as annoying and unlikable, so the first couple killings aren’t terribly upsetting, but as the endless road to Marcott stretches on you start to like the dwindling survivors until the horrific end. And while the denouement is a bit of a cop out, there’s enough ambiguity to provide just a bit of a shudder to close it out.

Not a masterpiece by any means, but a nice bit of gory holiday fun.

Here’s the list sorted by my rankings as I watched them: A Horror Movie a Day at Letterboxd.

It looks like my top five were “The Witch” (great period piece about the peculiar fears of the Puritans), “The Conjuring” (theme park ride of terror jumps), “Raw” (unrepentant French cannibalism), “A Dark Song” (brooding and nihilistic), and “Halloween” (classic). I would wholeheartedly recommend these movies to any horror fan, though maybe “The Witch,” “Raw,” and “A Dark Song” are not for beginners.

I came away with an appreciation for Asian horror (“Ringu,” “Train to Busan,” and “The Red Shoes” were awesome), as well as for some interesting high-concept movies like “The Killing of a Sacred Deer” and “The Endless.” And it was fun to see some classics again, like “Night of the Living Dead” and “Halloween.” All in all, more good movies than bad.

My watch list is chock full of horror right now, but I should probably do a palate cleanser of a comedy or two before getting back to the dark stuff … 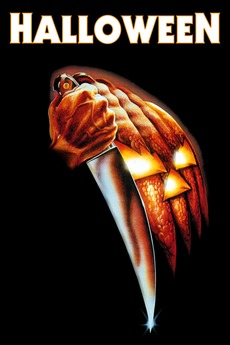 What better movie to close out my little project than John Carpenter’s classic “Halloween”? I think this one still holds up 40 years later; there’s lots of quiet tension between the intense kills, and the silent, unstoppable killer remains a terrifying figure. Though after seeing a few giallo movies this month, I’m also surprised by the lack of gore–these are very clean and bloodless kills; if Dario Argento had directed these, there would have been rivers of blood. The body count is also quite low by slasher standards–only four on-screen deaths and one off-screen (not counting the two dogs). This is really more a tension and suspense movie than a gore fest, and it’s darned good at what it sets out to do.