September 30, 2018 / Michael Hartford / Comments Off on Daily Horror Movie: Across the River 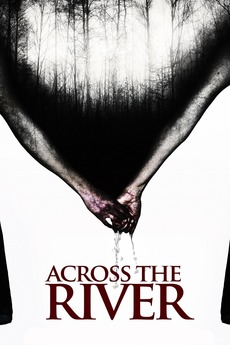 A field biologist working in the isolated mountains on the Italian-Slovenian border follows a fox to an abandoned village where an unexpected predator resides.

This is a slow-burn, atmospheric, and creepy movie carried almost entirely by a single actor, Marco Marchese, and almost no dialogue. The nameless biologist checks game cameras and attaches tracking devices to animals while recording the habits of the boars, foxes, and deer that live in the forest. He follows a fox he has affixed with a camera across a mountain river to a ruined village, where he becomes trapped when rains swell the river and his RV mysteriously disappears. He takes up residence in one of the abandoned houses, where the rain and strange nocturnal sounds keep him awake and on edge. In the game camera footage he sees two ghostly girls, and things quickly spiral into madness from there.

“Across the River” is a good example of a movie with pretty low production values (the scenery is beautifully shot, and the Friuli region has shot to the top of places I’d like to visit; but the ghostly girls are little more than white sheets and blank masks) still being extremely effective. Not much really happens, but it happens in such atmospheric settings, with such a feeling of doom, that the few scares that appear are truly scary. The Wilderness Survival Merit Badge counselor in me was very bothered at the biologist driving across the washed out road, and his motivation for going into the village, beyond mere curiosity, isn’t really explained, but somehow I cared what happened to him and was frightened by the things in the shadows.